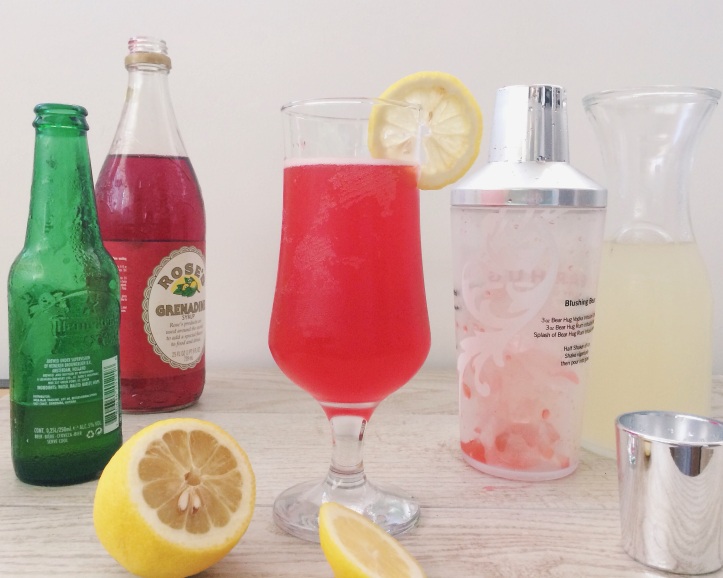 When I say Monaco, what pops into your head? My first thought is James Bond in a white tux in a casino. The Sean Connery 007, please and thank you. Then I think of the Grand Prix. Then probably Princess Grace. If you’re Guyanese, I know that the local nightclub of the same name will feature in your thoughts at some point.

Monaco (the country, not the nightclub) is what you’d imagine – even during the day you just feel the place dripping with glamour. The impeccably maintained villas, the French Riviera gently lapping in the not-so-distant distance, the boats moored at the dock seemingly on standby in case a grand getaway is needed by a lady decked out in diamonds, heels, a mink stole and an evening gown that probably cost more than the GDP of a small country. Sean Connery is the Captain of the yacht, naturally. 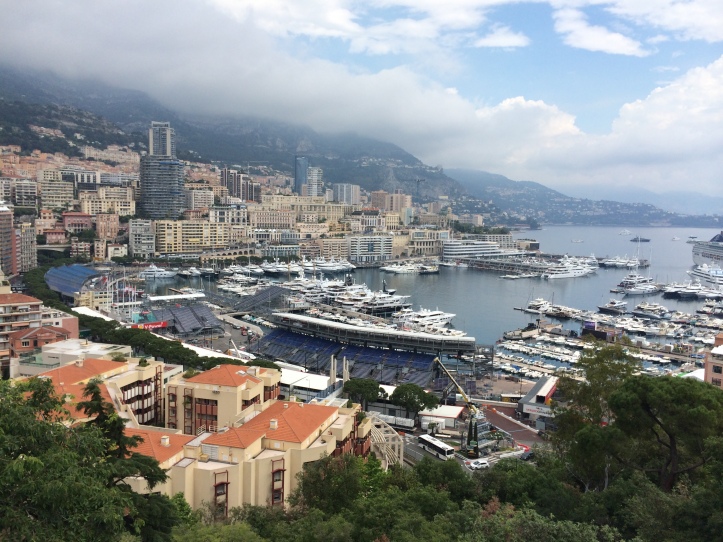 Public streets look like works of art. You don’t even want to drive. We found a seagull clearly accustomed to tourists perched very calmly on a ledge overlooking the Riviera, ready and waiting to pose for the inevitable #seagullselfie. I mean, I took a selfie with the seagull as well. I’m not a Neanderthal. 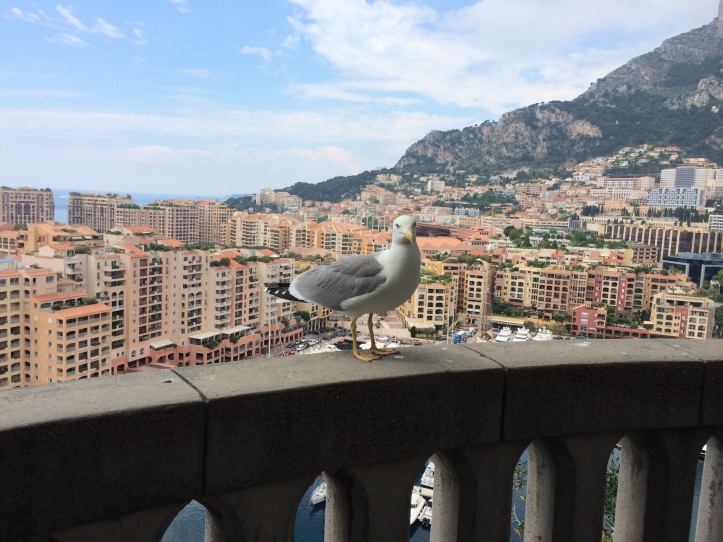 Monaco also has some extremely cool architecture. There’s the Monaco Oceanographic Museum (Musée Océanographique de Monaco) where the curator was once Jacques Cousteau! How incredibly cool is that? The man who defined marine conservation & exploration and made the world collectively fall in love with the sea once worked in that building. 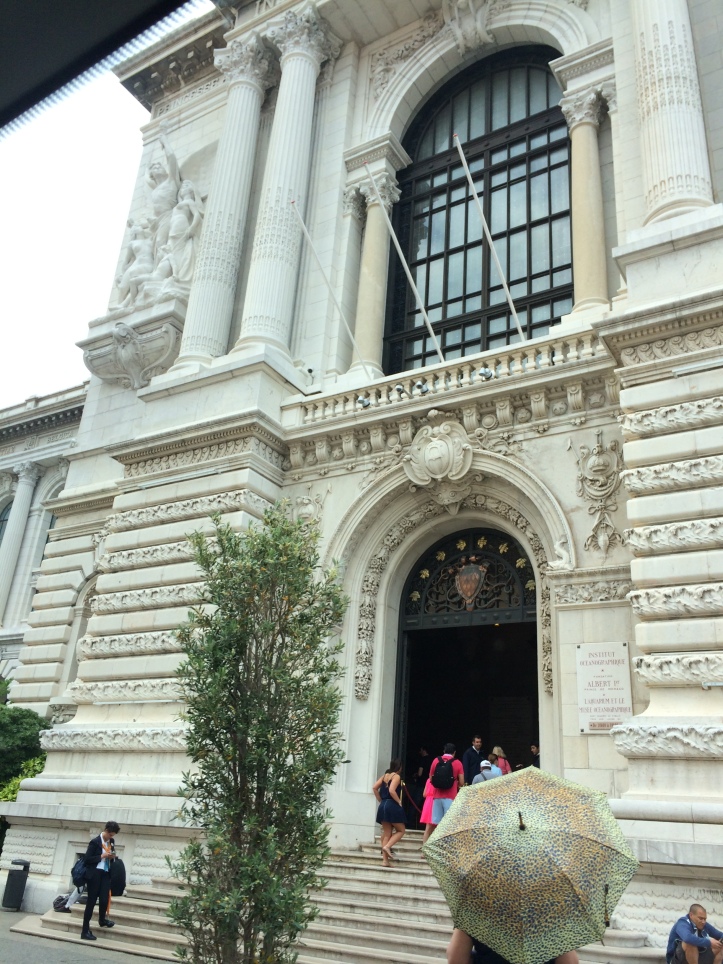 Not too far from the museum is the Prison. Yep, you read that right. The PRISON is tucked into a hill, and it overlooks the French Riviera. It’ not all easy living though – there’s the other side that doesn’t overlook the ocean – some of the windows are blocked by vividly green trees and flowers that populate that section. Quelle horreur! Those poor prisoners! I don’t know if there’s supposed to be some deeper meaning to having the museum & jail both sharing the same view – maybe regardless of where we are, we’re imprisoned by the land? That the sea is the only true freedom?

Man, I wish there was a job where I could just sit and find the symbolism and metaphors in stuff all day. Maybe at the Jail?

Anyway. So seagull, jail and museum apart, there are the more popular sights – the Grand Prix track, which we got to drive on, the Monte Carlo Casino, and the Café de Paris. We also got to see the Monaco Grand Palace and see the changing of the Guard. The atmosphere just feels like everyone is on holiday and the entire place is a street fair. 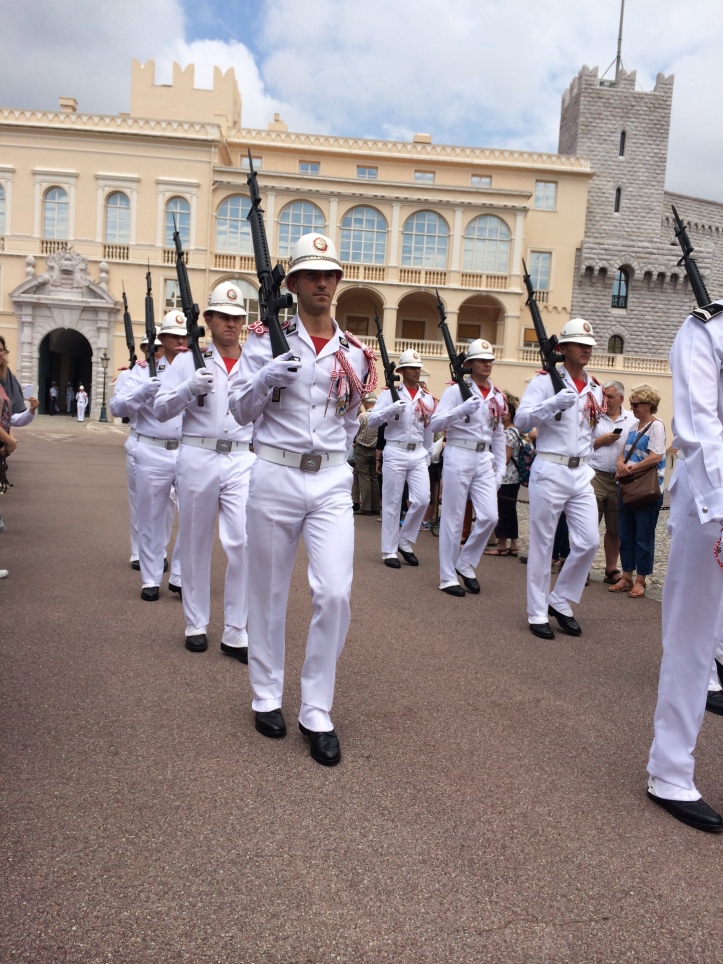 I thought that a cocktail would be much more fitting for this post. Very James Bond-esque and all that. This is a French Monaco Cocktail and is surprisingly easy to put together, plus I’m up for any cocktail that has beer in it. Who says I can’t be girly?

I adapted this recipe from Saveur but changed 2 out of the 3 items – I substituted Grenadine for Pomegranate Syrup and since a certain husband of mine drank the Stella that we had in the fridge, I used Heineken. You can really use any beer you like. 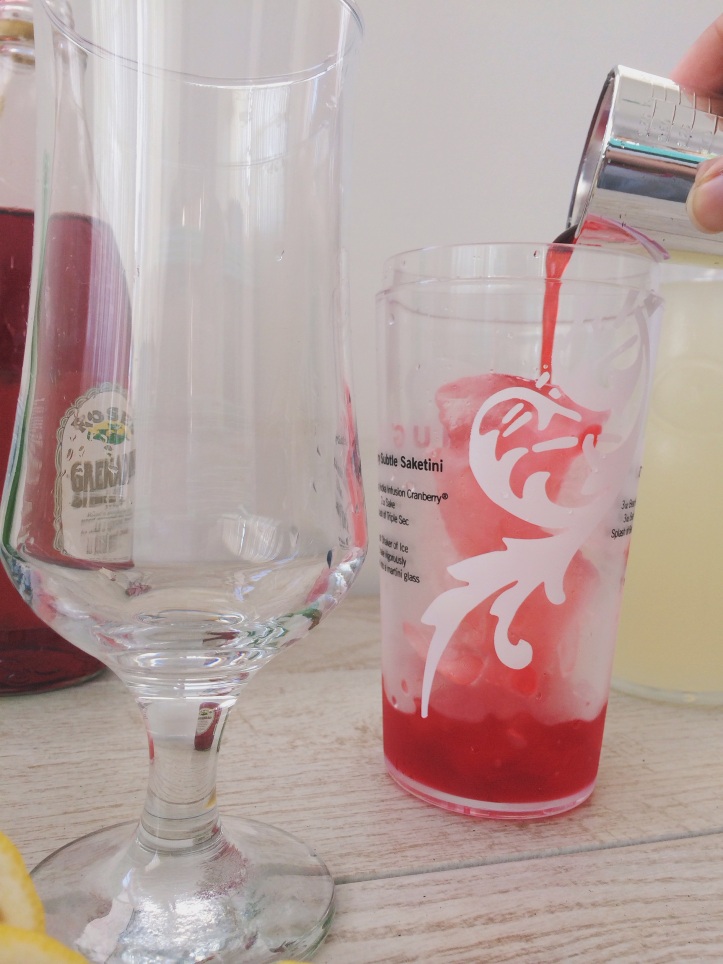 Add Lemonade & Syrup to a cocktail shaker filled with ice. Shake (not stir!) and strain into a glass. Top with Beer. 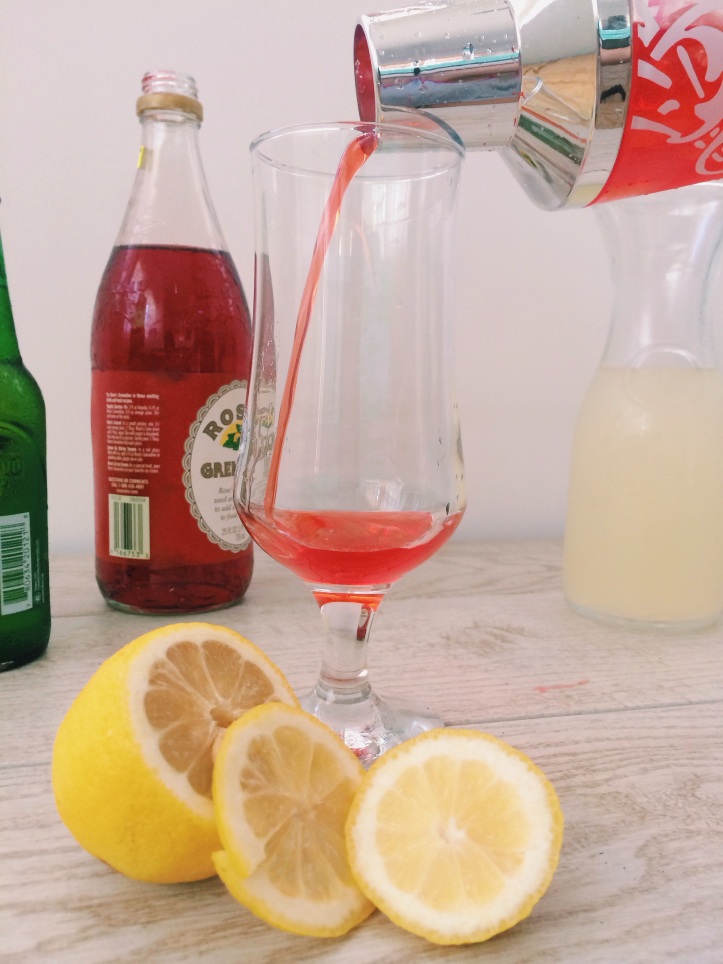 Another plus to making this? This is a pretty easy drink to put together when you’re at a party and want to show people that no, you’re not too far gone to make a cocktail, okay? And hell yes, you can recite the alphabet backwards…Z Y X…and, um…you know the rest…and so forth…V T W and all that. 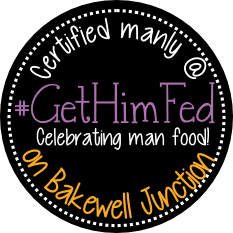